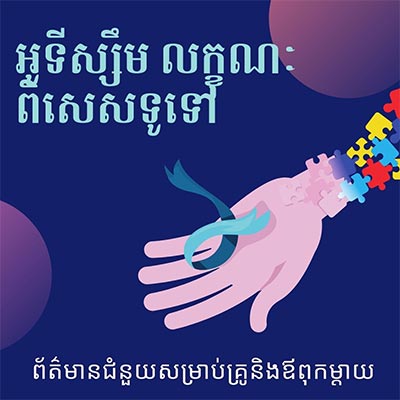 Classrooms in the Philippines were silent Monday as millions of school children hunkered down at home for a second year of remote lessons that experts fear will worsen an educational “crisis”.
While nearly every country in the world has partially or fully reopened schools to in-person classes, the Philippines has kept them closed since the start of the coronavirus pandemic, the UN says.
President Rodrigo Duterte has so far rejected proposals for a pilot reopening of primary and secondary schools for fear children could catch Covid-19 and infect elderly relatives.
“I want to go to school,” seven-year-old Kylie Larrobis said, complaining she cannot read after a year of online kindergarten in the tiny slum apartment in Manila she shares with six people.
“I don’t know what a classroom looks like – I’ve never seen one.”
Larrobis, who enters first grade this year, cries in frustration when she cannot understand her online lessons, which she follows on a smartphone, said her mother, Jessielyn Genel.
Her misery is compounded by a ban on children playing outdoors.
“What is happening is not good,” said Genel, who opposed a return to in-person classes while the Delta variant ripped through the country.
A “blended learning” programme involving online classes, printed materials and lessons broadcast on television and social media was launched last October.
It has been plagued with problems: most students in the Philippines don’t have a computer or internet at home.
‘Students may never return’More than 80 percent of parents are worried their children “are learning less”, said Isy Faingold, UNICEF’s education chief in the Philippines, citing a recent survey.
Around two-thirds of them support the reopening of classrooms in areas where virus transmission is low.
“Distance learning cannot replace the in-person learning,” Faingold said.
“There was already a learning crisis before Covid . . . it’s going to be even worse.”
Fifteen-year-olds in the Philippines were at or near the bottom in reading, mathematics and science, according to OECD data.
Kylie Larrobis, an incoming first grade student, conducts writing exercises at her home in Quezon City, suburban Manila, ahead of another school year of remote lessons in the country due to the pandemic. AFP

Most students attend public schools where large class sizes, outdated teaching methods, lack of investment in basic infrastructure such as toilets, and poverty have been blamed for youngsters lagging behind.
School enrolments fell to 26.9 million in September 2020 and have dropped a further five million since, according to official figures.
Faingold fears many students may never return. “We hope in the next days the enrolments continue to accelerate,” Faingold said.
Remote learning is also taking a toll on children’s mental health and development.
“Long-term social isolation is closely related to loneliness and physiological illness in children,” said Rhodora Concepcion of the Philippine Society for Child and Adolescent Psychiatry.
“With the disruption of face-to-face learning and social interaction, regression in formerly mastered skills may be observed in children.”
Petronilo Pacayra is worried about his sons, aged nine and 10. Like most children in the Philippines, they rely on the printed worksheets supplied by their school.
“Their reading skills really deteriorated,” the 64-year-old single parent said in the cramped and dimly-lit room they share.
Safe to reopenPacayra helps them with their school work in between doing odd jobs to make ends meet.
“I don’t like reading, I prefer to play with my mobile phone,” said his youngest child, nicknamed RJ, who is starting second grade.
Their school principal Josefina Almarez claimed “no children were left behind” in the first year of remote learning. But she admitted some “need special attention”.
Younger children were especially impacted by school closures, said Faingold, describing the early years of schooling as “foundational”.
“If you don’t have a strong basis in numeracy and literacy it’s going to be very difficult to learn the other subjects that are part of the primary, secondary or even tertiary education,” he said.
University of the Philippines education professor Mercedes Arzadon said it was “ridiculous” to keep schools shut indefinitely when other countries, including virus-ravaged Indonesia, had shown it was possible to reopen them safely.
“Our youth’s future and well-being are at stake, and so is national development,” Arzadon said in a statement.
An “optimistic scenario” was for schools in the Philippines to reopen next year, said Faingold.
But that could depend on the pace of vaccinations with only around 20 percent of the targeted population so far fully inoculated against Covid-19.
Children have not yet been included in the programme.
Jessy Cabungcal, whose seven-year-old daughter is enrolled in a Manila private school and uses an iPad and desktop computer for online learning, agrees with Duterte’s decision to keep classrooms shut.
She explained: “You could see he is afraid because he cannot assure us that the children will not catch the virus.”